Christ Died For ALL. 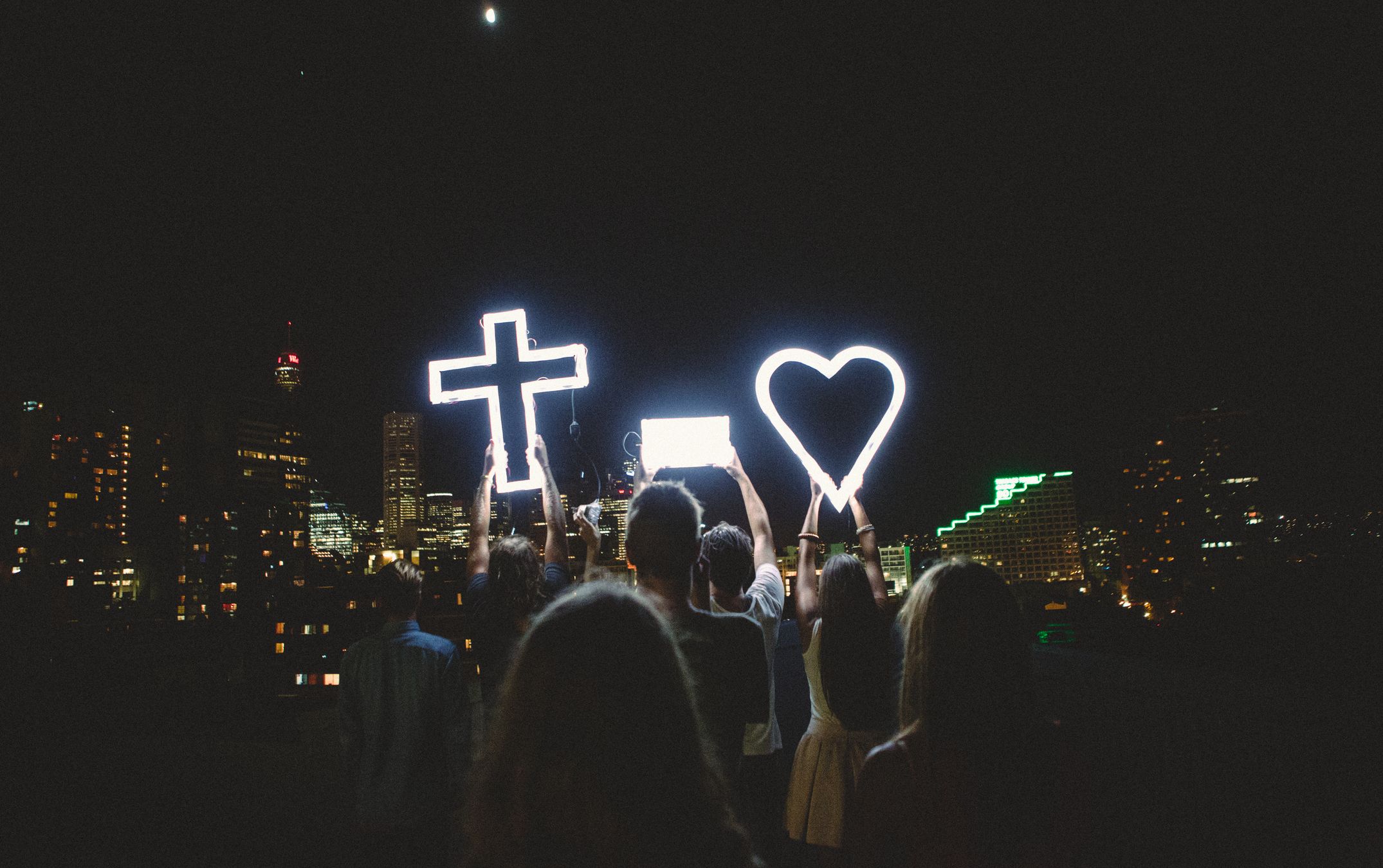 What happened at the cross? The obvious thing that most people mention first is that Jesus put away the sins humanity had committed against God. But if that were all Jesus had done, we would still have a big problem. Sins were the symptom of a deeper problem—man’s utter confusion about God’s identity and about his own. That darkened understanding came from Adam. It is a darkened mind, doomed to produce sinful actions. What good would it do to deal with the fruit and leave the root intact? Our minds had to come alive to the truth of what Christ has done and who we are.

So Jesus also had to do a second thing at the cross.

Not only did the sins of Adam’s race need to be put away, but Adam’s race itself had to die. As long as the family of Adam continued to live, nothing else could happen other than sin. Embracing the identity of a sinner can produce nothing but sinful actions. Mankind didn’t simply need to stop sinning. We needed the source of sin to be put to death. Cleaning up a flooded room does no good if you don’t stop the leaking faucet.

So that is exactly what Jesus did. He took on Adamic humanity, drawing it into Himself on the cross so we would die with Him. Jesus wasn’t the only one who died on the cross that day. You died with Him!

The question is, who else was included—only believers, or does this act of Jesus on the cross include everybody?

The Bible answers this clearly. “The love of Christ controls us, having concluded this, that one died for all, therefore all died; and He died for all, so that they who live might no longer live for themselves, but for Him who died and rose again on their behalf” (2 Corinthians 5:14-15). For whom did Jesus die? Twice in this text, Paul wrote that He died for all.

Does all really mean everybody?

Some suggest that the word all doesn’t always mean everybody, and they are correct. The Bible sometimes uses the word in a generic sense. For example, the Bible says that all Judea went out to be baptized by John in the Jordan (Mark 1:5). Obviously, not everybody in Judea was baptized. The word there means, “all types of people.” It’s like saying, “Everybody eats at that restaurant.” We don’t literally mean everybody. We’re using the word in a general sense.

On the other hand, the word can also mean each and every person. The question is, did Jesus die for all types of people or for each and every person? I believe the latter to be the case. The Scripture says, “But we see Jesus, who was made a little lower than the angels for the suffering of death, crowned with glory and honor; that he by the grace of God should taste death for every man” (Hebrews 2:9 KJV). He didn’t just die for all kinds of people.

Jesus tasted death for every person.

Paul goes on to say, “Therefore all died.” Is it the same all? Of course it is. The verse clearly teaches that the same ones for whom Jesus died are the ones who died with Him. Jesus died for Adam’s race, and that same race (humanity) died with him.

What He accomplished on the cross is real regardless of whether we know it or believe it.

You and your decision didn’t cause your co-crucifixion with Christ. Jesus and His finished work accomplished that. Let’s not say we believe that everything is centered in the cross and then turn around and contend that the cross means nothing until we believe it. Let the credit rest where it belongs—on Jesus.

Does this then mean everybody is a Christian? No, it doesn’t.

A Christian is a believer in Jesus Christ. Rather, it means that the success of the finished work of Jesus Christ on the cross doesn’t depend on human beings casting a vote in His favor. When He cried out, “It is finished,” He meant it. There is nothing we need to do to deal with the problem of sin. Jesus has already done it. All need only to believe it and receive it so that our experience aligns with the eternal reality of His successful work on our behalf.

Our sins and our sinful nature were both crucified with Him that day.

We aren’t included in the crucifixion of Jesus at the moment we believe. “I have been crucified with Christ” regardless of whether I have faith in Him. My belief doesn’t make it real. Humanity’s co-crucifixion with Jesus on the cross is real whether we believe it or not. Watchman Nee wrote, “It is the inclusive death of the Lord which puts me in a position to identify myself, not that I identify myself in order to be included. It is God’s inclusion of me in Christ that matters.” Which, then, is the correct order?

Nee rightly answers that we are not included because we believe. We believe because we are included, and that is what matters. Faith doesn’t make it happen. We died with Jesus, and the old Adamic nature was destroyed. It happened! We all died with Him—that’s a historical fact regardless of whether we have faith. Faith doesn’t manufacture anything. It simply sees what already exists and is real whether we see it or not. We all died with Jesus, and that is a fact.

PS. I go into real depth on this subject in my audio series called, ‘Dancing with Deity.’ Check it out here.